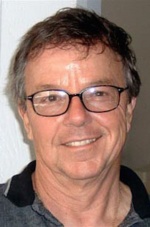 Peter Collier was the founding publisher of Encounter Books in California. He held that position until he resigned in 2005, when Encounter Books offices were moved from San Francisco to New York City, and Collier was replaced as publisher by Roger Kimball. Collier is also an associate with David Horowitz on many projects over many decades, e.g., co-editor of Ramparts, the "anti-war" magazine; publishing articles in Horowitz's FrontPage magazine; co-author with Horowitz on several books (including The Anti-Chomsky Reader (2004)); and promoter of other Horowitz ventures like the Center for the Study of Popular Culture, which he co-founded with Horowitz. Collier was also a co-organizer of the Second Thoughts conferences for the ex-leftists who recanted or saw the (right-wing) light.