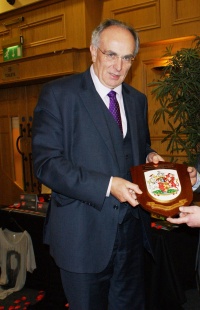 Peter Bone has been the British Conservative Party MP for Wellingborough since 2005.[1] In the 2015 general election, Bone retained his seat, with a majority of 16,397. [2]

In April 2014, Bone faced an inquiry by the parliamentary standards commissioner into expenses claims of up to £89,185 relating to his second home. Bone stated he had 'done nothing wrong' and the investigation was not unusual. [3] Although it was found he had acted against the rules of allowance since the house was neither in his constituency or Westminster, the committee ultimately recommended no action against him. [4]