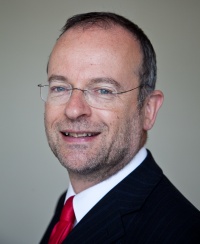 Blomfield is the chair of the All-Party Parliamentary Group on Migration.

‬Blomfield's constituency includes two oil and gas licence blocks, both awarded to INEOS by the Oil and Gas Authority under the 14th licensing round in 2015. There are plans for two shale wells and to conduct 3D seismic surveying; no applications are currently underway. [3]

Responding to a letter from a local constituent, Blomfield said:

'If shale gas extraction can be introduced in a way which is consistent with the 2030 decarbonisation target, and if there is robust regulation, comprehensive monitoring and strict enforcement I don’t think we can totally oppose shale gas extraction.' [4]

Blomfield has a mixed voting record on fracking. [5]