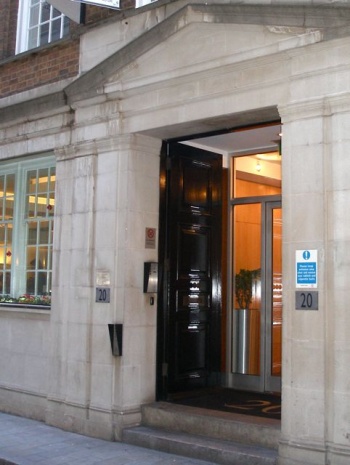 Media House International is the PR and lobbying agency created by Jack Irvine, a former editor of the Scottish Sun.

They have offices in London, Glasgow and New York (and previously Edinburgh).

Media House came to national attention when running the 'Keep the Clause Campaign' (against the repeal of Section 28 / Clause 2a, preventing local authorities teaching school children about the acceptability of homosexuality) on behalf of Stagecoach tycoon Brian Souter in 2000.

Media House also ran the campaign on behalf of the Countryside Alliance to resist the fox hunting ban in Scotland.[1]

Media House has not always worked in opposition to Scottish government. At the behest of the former Secretary of State for Scotland, Michael Forsyth, Media House handled the Scottish Office's PR and public affairs campaign to secure the release of two Scottish nurses accused of murder in Saudi Arabia.[2]

Jack Irvine described his approach to Scottish political campaigning in 2001 as:

'Because the media is a very, very closed shop up here and [Media House] are fortunate or unfortunate enough to have been involved in it for all our lives, and you cannot do one [campaigning]without the other [contacts]. I mean you could present the most brilliant public affairs case you want, but if you can't get the editors convinced of it, you'll lose it ... I go into clients now and say we come at it from two levels, the political/intellectual level and we have the guys who go in with the boots on and kick politicians brains out.'[3]

'the systematic attempt to influence people's beliefs, attitudes, opinions or behaviour towards an organisation, its people, products or services, or an issue or cause'[5].

Media House targeted their campaign at the tabloid press in Scotland (supported by an expensive billboard advertising campaign across the country), almost entirely avoiding television news and current affairs, as they believed staff at both BBC Scotland and STV to be sympathetic to liberal, politically correct, causes. The campaign was a political success in that it forced the Scottish Executive to issue a policy u-turn and promise that official guidance would be given to local authorities on how homosexuality could be treated within the curriculum.

A public relations company has been forced to withdraw claims that several celebrities were backing the campaign to retain the law banning the promotion of homosexuality in schools. The climbdown followed the formal launch in Edinburgh of the Keep the Clause campaign, which is being funded by millionaire Stagecoach chairman Brian Souter. Media House, a PR firm run by former Scottish Sun editor Jack Irvine, has been hired to organise the drive to retain Section 28 in Scotland. At the launch, the firm's David Macaulay read out a list of celebrities and well-known business people who he said supported Section 28. These included:
But a short time later, Mr Macaulay was forced to admit publicly that some of those he had named, had not given their backing. He blamed a malicious fax sent to his office, from which some of the names had been taken. The names had not not been verified with the individuals concerned and its source is not clear.[6]

Whilst Media House do not name DuPont, Dell, L’Oreal, Revlon and Estee Lauder as their clients, their 2005 report EU REGULATION: A CHALLENGE FOR US BUSINESSES[7] lists them by name as being affected by EU regulation. Whilst this is not conclusive, it does draw attention to the possibility that they are potentially connected to Media House in some form or another.

In the 2005 report EU REGULATION: A CHALLENGE FOR US BUSINESSES [8], the Media House Commercial Intelligence Team write of how they are concerned at how 'Europe’s stringent environmental standards entail a substantial financial and bureaucratic burden' for many American Companies. They voice a resistance to new regulations designed to protect our environment stating that 'Europe has been under intense pressure to stem the flow of new environment laws' They go on to add that 'there is a hope, given the economic downturn, the issues over expansion and the constitution that the appetite for new legislation may be blunted. Indeed the European Commission President José Manuel Barroso has just launched the region’s biggest ever de-regulation campaign; supported by the UK and its ‘better regulation agenda’.

Media House is not signed up to the voluntary transparency registers operated by the lobbying industry, which means it does not declare its lobbying clients.

It also noted that 'Certain major clients cannot be named for strategic and confidential reasons.'

Media House lists a sample of its current and previous clients on its website. These include (as of August 2015):[11]

Media House previously disclosed the following clients on its website (circa 2008).

In 1996, Media House recruited David Whitton from Scottish Television to head its public affairs division. Whitton's later appointment as Donald Dewar's official spokesman, and thereafter his return to PR consultancy is symptomatic of the connectedness of the worlds of media, politics and advocacy in Scotland.