From Powerbase
(Redirected from Lord Bhattacharyya)
Jump to: navigation, search 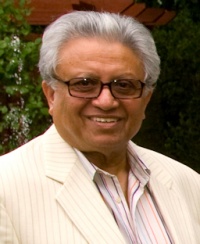 Professor Lord S.K. Bhattacharya (Kumar Bhattacharyya) is a director of the Warwick Manufacturing Group and professor of manufacturing at the University of Warwick.

In 2016 was a financial backer to the Britain Stronger in Europe campaign.

Donations recorded by the Electoral Commission: