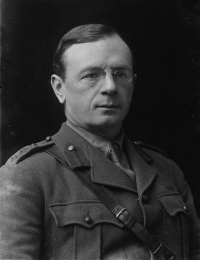 Amery was born on 22 November 1873 in India. He was educated at Harrow School, and Balliol College, Oxford. He was elected Fellow of All Souls College, Oxford in 1897.[1]

During the First World War, Amery saw active service in Flanders and the Near East (1914-1916) then held the position of Assistant Secretary War Cabinet and Imperial War Cabinet (1917); he was on the staff of the War Council for the negotiations at Versailles, and served on the personal staff of Lord Milner, the Secretary of State for War, (1917-1918).[1]