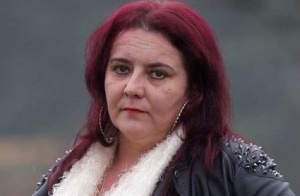 Leisha Brooks was an organiser in the English Defence League in 2009 and 2010.

According to her LinkedIn profile, Brookes was educated at Middlesex University and worked from 2000 to 2009 in "various positions including but not exclusive to, Door supervisor, Public event security, private security, and various other jobs." Since August 2007 she has worked for SBK Security.[1] According to the Sunday Mail, Brookes runs the company.[2]

According to her LinkedIn profile, Brookes holds an NVQ in event and spectator safety, a Security Industry Authority qualification as a door supervisor, and is working towards "close protection and covert qualifications."[3]

Hope Not Hate highlighted Brookes' role in the English Defence League and made a number of allegations about her associations:

From Southend, Brooks appeared to play an organising role in the Birmingham demonstration [in August 2009], though she did have a pair of knuckledusters confiscated by police on the day. She is friendly with underworld figures such as Dave Courtney, Carlton Leech and Mitch Pyle, son of the gangster Joey Pyle, and also knows Jason Marriner, a Chelsea Headhunter hooligan made famous by the television documentary series, MacIntyre Undercover.[4]

Brookes was interviewed by the Sunday Mail in October 2009, ahead of a planned EDL demonstration in Glasgow on 14 November:

Brookes, 42, who runs SBK Security in Southend, said: "In Scotland, we will be demonstrating the strength of our support, which, across the UK, is growing at rate of almost 1000 a month. We reckon to have several hundred supporters in Scotland but it is a very big area, so much of it comes from cities like Glasgow and Edinburgh."[5]

Searchlight reported in January 2010 that Brookes had been removed as the EDL's police liason officer and head of the women's division, after clashing with Matthew Kaplan:

Brookes has declared that she doesn’t trust him and accused him of working for the police.

Kaplan revealed that Brookes and her colleagues threatened to attack him if he turned up at the Nottingham EDL event on 5 December.

Other leading EDL members have accused her of posting racist comments on the EDL internet forum.[6]