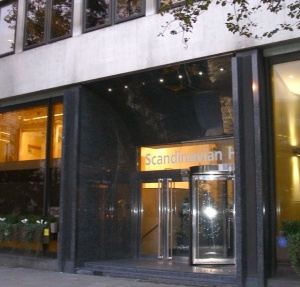 Owned by the giant Omnicom Group [1], Kreab is a large public relations and lobbying company with offices in Europe, Asia-Pacific and the US.[2] It shortened its name from Kreab Gavin Anderson in 2015.[3]

It also operates schools in India.

Kunskapsskolan schools promise to offer students a 'personalised education'. Much of the learning at its schools in Sweden is done alone by students, using an online system, with one-on-one guidance from teachers once a week, interspersed with lectures in classes of up to 60 students.[5] They have been criticised for falling standards and for cutting teaching costs.

Kunskapsskolan International was a client of Kreab Gavin Anderson. Lobbying clients of the firm that are also involved in pushing for reform of education systems that benefit corporate interests include: Google's Brussels office.

The register of consultant lobbyists documents those clients on behalf of whom KGA has lobbied government ministers, and the firms listings since 2015 are as follows:

Nuclear clients include AMEC and British Energy while it was still Government-owned.[26][27]