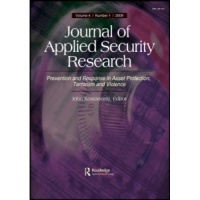 Journal of Applied Security Research (ISSN 1936-1610) is an academic, peer reviewed journal with all research articles in this journal having an initial editor screening followed by anonymous refereeing by two anonymous referees. [1]

The journal is the official journal of the Security & Crime Division of the Academy of Criminal Justice Sciences and is affiliated with the Academy of Security Educators and Trainers. The journal is described as presenting the 'latest developments in theory, practice, research, and assessment with an emphasis on up-to-date methods, techniques, and technology.' [1]

The journal is published by Routledge publishers. It was founded in 2004 having previously been called the Journal of Security Education. It was then given its current name the Journal of Applied Security Research in 2008.