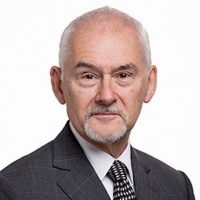 Jon Moynihan was the executive chairman of PA Consulting until he retired in 2013 to take up the role of chair and co-principal of Ipex Capital, the high-tech venture capital arm of PA Consulting. [1]

EU will do a deal with UK after exit

Moynihan is a funder and vocal campaigner for the anti-European Union group Vote Leave. In a January 2016 interview on BBC Radio 4's Today programme he argued that if the UK votes to leave the EU in the June 2016 referendum, it would 'not struggle' to strike up a free trade deal with the bloc.

He claimed that the 'Remain' campaigners were 'trying to create FUD: Fear, Uncertainty and Doubt...'The point is… we want to have control over our own expenditure'.

When questioned on the figures by Today, Moynihan claimed that Britain gets less than half of the money it invests in the EU back in kind. [2]