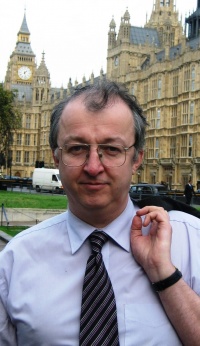 John Hemming was the Liberal Democrats member of Parliament (MP) for Birmingham Yardley from 2005 to 2015.[1]

Hemming lost his seat in the 2015 general election to the Labour Party's Jess Phillips by 6,595 votes.[2]

Hemming owns software solutions firm JHC (John Hemming & Co) LLP, which made a profit of £195,661 from 2013-2014, as well as John Hemming Trading, which made a profit of £20,025 in the same year. The significant earnings that Hemming is making outside of his parliamentary role has come under increasing scrutiny. In response he offered to take a pay cut from his parliamentary salary – if he was to be allowed to continue with his lucrative second job outside Parliament according to the Birmingham Post. [3]

As at July 2010 Hemming sat on the following All-Party Parliamentary Groups (APPGs):[4]