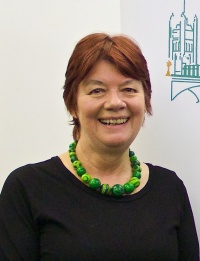 Joan Walley was the Member of Parliament (MP) for the Labour Party in Stoke-on-Trent North from 1987 to 2015.

In November 2013 Walley announced she would not be standing at the 2015 general election.[1] She was replaced by Ruth Smeeth, who held the seat for the party.[2]

Walley was the chair of the UK parliamentary Environmental Audit Committee, who conducted an inquiry into the risks of fracking in January 2015.

Walley was one of seven members of the EAC who voted for a moratorium on fracking for shale gas in January 2015, alongside Labour's Martin Caton, Katy Clark, Mark Lazarowicz and Alan Whitehead, the Conservative Zac Goldsmith and the Green Party's Caroline Lucas. Most other Labour MPs abstained.[3]