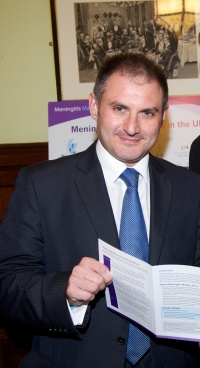 Jack Lopresti is the Conservative Party member of Parliament (MP) for Filton and Bradley Stoke. He was elected in May 2010 with a majority of 6,914[1] and increased that majority to 9,838 in the 2015 general election.[2]

Lopresti's main interests are defence, security and aviation. He is a member of the Royal United Services Institute and is also on the Northern Ireland Affairs Committee. In July 2015 Lopresti was appointed parliamentary private secretary to Desmond Swayne, the minister of state for international development. [3]