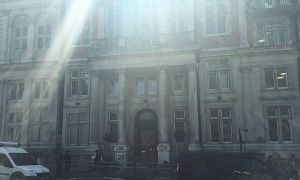 The Institution of Mechanical Engineers (IMechE), founded in 1847 and received a Royal Charter in 1930, is an independent professional engineering institution based in London. According to their website, their focus lies on promoting sustainable energy use, economic growth, safe and efficient transport systems, supporting product innovation, and inspiring, preparing and supporting tomorrow’s engineers.[1]

In January 2014 IMechE published the results of a survey which found that 47% of people in the UK would be unhappy for a gas well site using fracking to open within 10 miles of their home, compared with just 14% who said they would be happy.

Tim Fox, head of energy and environment at the IMechE, said: "These poll results suggest that simply offering money to local councils and communities is not enough to convince the public about the benefits of fracking for gas and that much more work needs to be done to engage with citizens on this potential activity.

"Building trust between government, industry and communities is essential if we wish to make use of this technique in shale rocks under the UK." [2]