From Powerbase
(Redirected from Huntsworth Plc)
Jump to: navigation, search 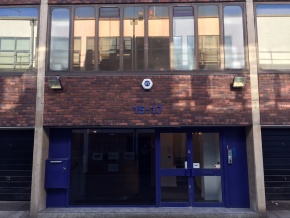 The company was transformed by the reverse takeover in 2005 of much larger marketing communications group Incepta, whose portfolio included PR and marketing services brands including Citigate and Dewe Rogerson. The enlarged group adopted the Huntsworth name and is run by the smaller company's senior management team. Incepta's portfolio of non-PR businesses was sold on to rival marketing group Media Square towards the end of 2005. Advertising Age ranked Incepta as the #12 ad organisation worldwide in 2004 with revenues of $280m. Source: [1]

In 2014 bonus payments to executive directors were scrapped because none of the company's financial targets were met. Former CEO and chairman Lord Chadlington saw his annual remuneration fall 29.5 percent from £1.003 million to £724,000 and departing COO and finance director Sally Withey saw her package fall from £730,000 to £575,000 (although she did receive a one-off payment of £590,000 for 'compensation for loss of office' because she was given less that twelve months' notice of her contract being terminated.

'In 2014, the performance of the group was weaker than anticipated.

It has also been announced that Paul Taaffe, who succeeded Chadlington as CEO on 7 April 2015, will receive a base salary of £600,000 and will receive no bonus unless at least 90 percent of pre-tax profit and revenue targets are met.[2]