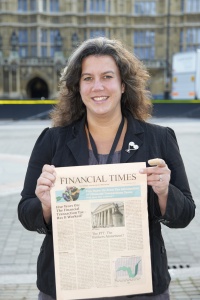 She is a former deputy mayor of Lewisham council in south London.[4]