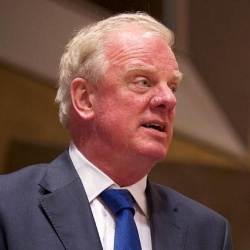 Edward Leigh has been the Conservative Party member of Parliament (MP) for Gainsborough since 1997. He was previously MP for Gainsborough & Horncastle from 1983 to 1997. He served as a Parliamentary Under-Secretary (Department of Trade and Industry) 1990-1993.[1]

Leigh's constituency includes seven oil and gas licence blocks, awarded by the Oil and Gas Authority under its 14th licensing round in 2015. Four of these licenses went to IGas, two to Cirque and one to Blackland Park. There are plans for a one shale wells and for 2D and 3D seismic surveying. [2] No applications are currently underway.

Leigh has voted a mixture of for and against increased regulation on fracking. [3]