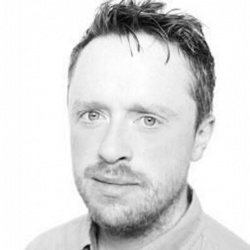 Ed West is a journalist who writes for The Telegraph, according to their website 'a journalist and social commentator who specialises in politics, religion and low culture'.[1] West is a fan of the work of Chris Snowdon an 'adjunct scholar' at the right wing, tobacco industry linked, think tank the Democracy Institute.[2] West was formerly the features editor at the Catholic Herald (in 2009) and has pronounced pro industry and libertarian views. He is somewhat connected to the libertarian and anti-environmentalist LM network by virtue of having written for Spiked. His brother Patrick West is an LM network associate.[3]

West supports the industry position that tackling alcohol harms should focus on 'problem' drinkers rather than adopting a public health 'whole population' approach:

However, there are problem drinks that deserve close scrutiny. The super-strength lager known as 'wife-beater', alcopops, sugary sweet to make them more palatable to the kids, and brain-rotting cheap vodka; they are all draughts favoured by the trouble-makers the under-agers, the abusive alcoholics, the fist-flying yobs. Stereotyping drinkers as homogenous is a form of prejudice tantamount to alcophobia: punitive taxes should target the problem drinkers through the problem drinks. Why should the peaceful majority of the drinking community suffer because of a few extremists?[4]

Wilders may be 'a trouble-maker with a dodgy haircut ... he's not a fascist or a racist ... he's just a normal mainstream conservative'.[5]

In March 2011 in a blog about a well-publicised Searchlight poll West questioned whether so-called 'extremist' views about immigration and Islamism should be deemed 'far right'. Once again he defended Wilders, who "is not by any means far-right", though seemed to concede his views had become more extreme.

Personally I agree with Wilders’ more measured view of Islam from five years ago, which was similar to that expressed by Christopher Caldwell, that: “Islam is a magnificent religion that has also been, at times over the centuries, a glorious and generous culture. But, all cant to the contrary, it is in no sense Europe’s religion and it is in no sense Europe’s culture.” But I understand that, having spent the last few years in hiding to such an extent that he can only see his wife once a week, his views on that religion have become rather negative (people call Wilders “Islamophobic” without irony – it’s not a phobia, radical Muslims really are trying to kill him). [6]

Ed West criticised Duncan Bannatyne for arguing that all smoking should be banned he argued:

Er, the smoke-free law has driven loads of pubs out of business, you lunatic. I’m all for reducing tobacco use, but it isn’t any of the Government’s damned business whether people smoke in their own homes. What next? Will officials be able to come around and check they’re eating five a day? And as for children and the dubious case of second-hand smoke, there are 90,000 children in care in the UK, and four times that many (at least) in households run by people criminally unsuitable to raise children. Far more children have their lives ruined by the poverty and violence created by the benefits system of this Labour government – the same government Duncan Bannatyne has funded all these years. Maybe we should ban him. That’s what he’d do in our place.[7]

On Terrorism in Academia

In an article in December 2010, Ed West argued that 'British universities are, of course, the perfect breeding ground for Islamism'; going on to argue that:

'Our universities have become recruiting grounds for Islamism, beginning with our first suicide bombers Asif Muhammad Hanif and Omar Khan Sharif, two young men who became just the latest in a long line of embittered losers who blamed the Jews for all their failures'. This process has been aided by a lazy arrogance by university authorities, who have allowed radical preachers on to campuses whose views on women, gays and inter-faith relations make Terry Jones look like a tedious wet liberal. Among them is University College London, alma mater of Umar Farouk Abdulmutallab, the underpants bomber, who was radicalised there. It’s particularly ironic as UCL was established to allow Dissenters, Catholics and Jews to go to university, and to free education from theocratic control. Last week I suggested that British humanities departments may be a threat to our culture, but perhaps British universities are an actual threat to world peace'.[8]

West praises the work of Chris Snowdon as forming part of a modern political movement of 'Skeptics', he says:

One of the most popular political movements of the past few years has been the “Skeptics”, a group of bloggers who look at political issues from an evidence-based viewpoint. The movement is entirely atheist and almost entirely Left-wing, and yet apart from the libertarian Christopher Snowdon (who has done some excellent work blogging a big tunnel underneath The Spirit Level), there are very few conservative skeptics around.[9]

Next time someone starts spouting off about “equality” – a goal that has dug more graves than all the gods in history combined – send them a copy of Snowdon’s excellent book and make sure they read it from cover to cover.[10]