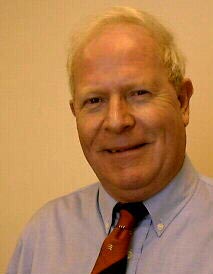 Douglas Smith is a long time lobbyist based in London. (not to be confused with Dougie Smith).

According to his biography on the Political Intelligence website

Douglas Smith, Chairman of Political Intelligence, is recognised as one of Europe's leading government affairs consultants.

Educated at Stationers Company's School, he then read an honours degree in history and politics at King's College London and the LSE. He won his cricket 'purple' for the University and, after successfully editing its newspaper, took up his first full time job with the 'Daily Mirror'.

Moving into public relations, he was London publicity officer for the Conservative Party and then a press officer on Ted Heath's team when, as Lord Privy Seal, he was seeking Britain's entry into the European Community. At the same time he entered local government in Hornsey, becoming its Housing Chairman (then the youngest in Britain) in 1963. He later held a number of key posts on Haringey Council concluding after 25 years continuous councillor service as Opposition Leader.

After a two-year period in the City, as head of PR for part of the British Insurance Association, he was appointed Secretary of an all-party campaign to work under Prince Philip's Patronage, to mark the 20th Anniversary of the UN. He was then director of a small consultancy before becoming Associate Director (1968-71) of Planned Public Relations, the largest PR company in Europe.In 1972 Douglas Smith left PPR to found one of Britain's earliest specialist government affairs consultancies which has since developed into the Parliamentary Monitoring Services Group of which he is Chairman. Douglas Smith has enjoyed a lengthy career within the corporate public relations scene. He is one of very few to have been both Chairman of Britain's professional trade association, the PRCA (1984-85), and then President of the Institute, the IPR (1990). In that year he received the PR Week Award for Lifetime Achievement and in 1991 the Tallents Medal of the IPR. From 1992-94 he was the first Brit to become President of the European Association of Public Relations Consultants (CERP).

During more than 30 years of PR practice, he has led campaigns which have won numerous awards and been a keynote speaker at conferences from Iceland to New Zealand and California to Hong Kong. He is a member of the MCC, the Foreign Press Association and a life member of Kent County Cricket Club upon whose committee he has served. The lively careers of three grown up daughters keeps him properly proud.

'MPs can't be expected to give us the detail as a labour of love, can they?' Douglas Smith, political lobbyist, Sunday Times, October 1983[2]

'It's not unknown,' said the experienced lobbyist Douglas Smith, 'for various ploys to be used to secure attendance at a bill to obtain a quorum. On one occasion, I remember a group who staged a whisky-tasting party to coincide with a very dull environment bill in which they had no interest. When the party ended, the MPs were steered into the nearby House [for their debate].'[4] Other inducements for MPs to attend certain late-night Commons debates include champagne supper parties and film shows, usually at nearby hotels.

For some lobbyists their colleagues' extravagant promises and la carte methods are a fraud. Douglas Smith, a former chairman of the professional practices committee of the Public Relations Consultants Association, said:

Large fees are being charged running into six figures - based on false promises, and when the clients' funds or hopes are exhausted, the cowboy consultants move on to fresh prey. They bring Parliament and public relations 'into disrepute. Some of these companies are taking on every cause that moves, regard-less of its chances of success. Companies and trade associations were being advised they had excellent prospects of influencing the government when, in reality, there was not a chance in a thousand of doing so.[5]

Smith appeared in front of the committee of inquiry on all Party Groups in 2005-6.[6]