Dilwar Hussain is founding Chair of New Horizons in British Islam, an organisation that claims that it 'promotes critical discussions around Muslim identity, tradition and reform'.[1] It fails to disclose its covert relationship with Breakthrough Media and their client RICU.

Hussain is also Research Fellow at the University of Coventry's Centre for Trust, Peace and Social Relations. Among other publications, he is the editor of the book British Secularism and Religion: Islam, Society and the State. Over the last 20 years he has advised government departments, provided policy consulting and training around issues of integration, identity and counter-extremism and has been a frequent analyst and commentator on British Muslim affairs.[1] 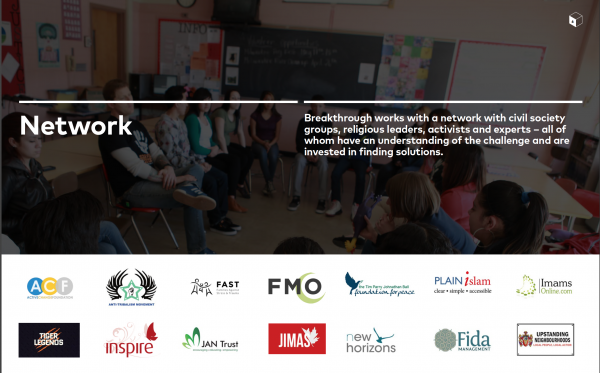 In 2009/10 Dilwar Hussain declared the following interests on appointment as a special advisor to the Preventing Violent Extremism enquiry of the UK Parliament Communities and Local Government Committee:

Head of Policy Research Centre; Advisor to Weidenfeld Institute for Strategic Dialogue on their Islam in Europe programme of research; advising on a short-term Prevent related research project run by the Royal United Services Institute; on a review panel for HM Prison Service looking at literature in prisons; occasionally undertakes research and training projects related to identity, cohesion and preventing extremism for a variety of sources (including the Association of Local Government, the Communities and Local Government Department of HMG, the Change Institute, St Philips Centre in Leicester and the Apex Partnership).[2]