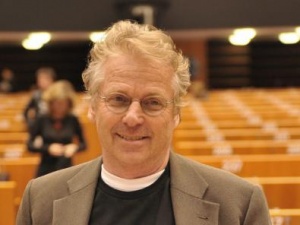 He is well known in France, having been one of the student leaders of the demonstrations of May 1968. His photo, facing a tall policeman, is in all the history books to illustrate the strongest popular uprising in France since the end of the Second World War -- a month and a half of riots, debates, and new publications. He was also a hope for a European future, symbolizing the person at home in more than one national culture. Cohn-Bendit was born in France just after World War 2, his father being a left-wing German-Jewish lawyer who had left Germany for France as soon as Hitler came to power. The family had returned to Germany in 1957 but Daniel wanted to do his studies in France where his older brother was also studying. By 1968 he was a student leader in Paris -- the right place at the right time to influence discussions on the nature of a new society. Being German, Jewish and left wing did not endear him to the French police authorities, and at the height of the demonstrations, he was expelled from France and forbidden to return. That edict remained in force for 10 years. Thus Cohn-Bendit made his way to Germany.

From 1989 to 1997 Cohn-Bendit was deputy mayor of Frankfurt in charge of multicultural affairs, a new and experimental post in a city in which 25% of the population are foreigners, some of whom, like the Turks and the Kurds or the Serbs and the Kosovars, do not like one another and are often disliked by the ethnic Germans. In 1994 Cohn-Bendit was elected to the European Parliament where he played an active role, especially on social and foreign policy questions. He was a leader in the European Parliament's efforts for peace in Algeria. Daniel Cohn-Bendit is a close friend of Joschka Fischer, the Grunen leader, now Foreign Minister of Germany, and as such, a key player in the Kosovo conflict.[2] 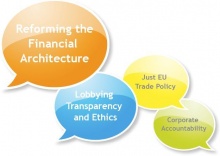 Daniel Cohn-Bendit has pledged to all four issues presented by the Election Campaign: