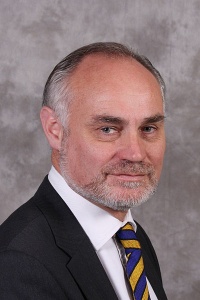 Blunt is one of the highest earning MPs from roles that he takes on outside of his parliamentary roles. In March 2015 Blunt landed himself a £1,250-a-day second job as an adviser to the Jordanian family-owned financial conglomerate Kamal Exchange Co (KEC). When Blunt enjoyed an all-expenses paid trip to the Middle East he skipped a week of parliamentary duties, with both the flight and hotel being paid for by KEC. Blunt told the commons authorities that the trip was essential for helping him to 'understand more about the political and economic environment in Jordan' as part of his role as a member of the All-Party Parliamentary Group on Jordan. The controversy was furthered however, as within weeks of his return to the UK it was announced that Blunt would work as an adviser to KEC. [4]

The role with KEC is Mr Blunt's third job. He earns £4,000 a year as a non-executive director with the Derbyshire-based Social Investment Business Group.