A Bioss diagram on the organisation of work

The image on the right is one of Bioss' many diagrams exploring the psychological dimensions of work dominated by a managerialist and Taylorist mind set. A somewhat secretive organisation, Bioss' website states that:

"bioss has been helping to build healthy and successful organisations since 1970. Starting as one of the early self-funded work and research Institutes based on the Brunel University, today it is an international organisation specialising in the following areas:

Bioss is described by the University of Bedfordshire in 2007[2] as a: 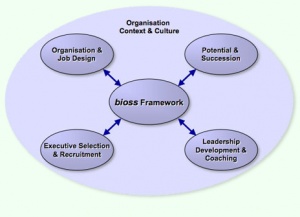 The contact address is: Peter Bathmaker c/o 'St Brighid's', 34 Sollershott West, Letchworth GC, SG6 3PX. There is a Peter Bathmaker, Head of TCK Remuneration Practice who was HR Director of Shell Chemicals UK and of Dixons Stores Group and Group HR Director at House of Fraser and Pentland, who moved to PricewaterhouseCoopers where he specialised in executive compensation and incentives, with particular emphasis on the links to business strategy and corporate culture. 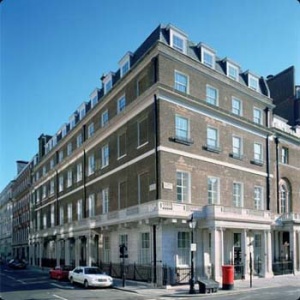 Bioss International Europe gives its address as 33 St James’s Square London SW1Y 4JS (pictured left), this has also been the home of Strategic Communication Laboratories. It is what is termed a 'serviced office': fully furnished office space with managed facilities or a 'virtual office', whereby the client gains a prestigious address with a business listing for a specific purpose.

Mathias is a trustee or board member of: Digital Links International, Impetus Trust and Charity Technology Trust. He also has an involvement in Basic Needs India, Action Aid and Oxfam, the British Asian Trust and the advisory board of Barclays Private Bank.[3]

It also states Stamp worked with the Cabinet Office in the UK "in support of the development of high-potential civil servants and Permanent Secretaries." It also adds that she is a member of the board of the National School of Government and a Fellow of the Sunningdale Institute, a "virtual academy of leading academics from the UK, Europe and US, created to advise and advance public service, build capacity in the National School and support the strategic priorities of government."

Stamp’s advisory roles also include" the Archbishops’ Council of the Church of England, the Scottish Executive, the National Defence University in Washington DC, the Nuclear Decommissioning Authority, the Office for National Statistics, the Social Care Institute for Excellence, the Employers’ Forum for Disability, the Community Action Network, and ‘Grow Coffee, Cut Poverty,’ a fair-trade initiative in Africa," and that she was a member for seven years of the Council of St George’s House, Windsor Castle, and currently serves as a Fellow of the Windsor Leadership Trust.

Bioss' work draws on that of the late Elliott Jaques: one of the initiators of the Tavistock Institute in 1948, with an interest in organizational development. Not surprisingly Jaques is credited with inventing the concept of the 'mid-life crisis'. One of the websites [6] devoted to him states:

"During his extensive work with disparate organizations such as the U.S. Army and corporations, Dr. Jaques was first to develop an objective scientific process for testing and measuring human behavior through a numeric and provable methodology. This breakthrough approach has been used for the selection of generals for our armed services, political leaders as well as managers in some of the world's largest businesses." 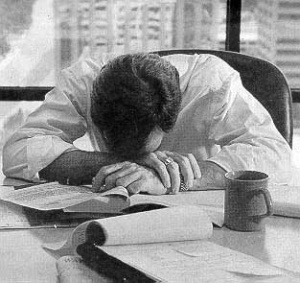 A mid-life crisis in action

Other more critical articles[7] assert that:

"He has been called rigid, mechanistic, a fascist, and a Taylorist; some business school professors prohibit students from discussing his work in their classes."

This adds that, for Jaques — and somewhat contrary to the work of Weber or Mills — the organizational structure we know as the "hierarchy" or "bureaucracy" is not, by nature, a repressive entity, but evolved as 'a natural vehicle for expressing the capabilities and limits that are innate in each of us as'. Jaques spent 15 years with the mining company CRA, later merged into Rio Tinto Zinc.

Bioss also work with EDAC, [8]an Internet-based company who use their psychometric testing methods.