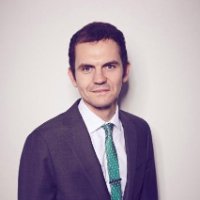 Alan Morgan is an associate director at the lobbying firm Portland. He first joined the firm in August 2014.

He previously worked at Ogilvy Public Relations from October 2011 to August 2014. He worked briefly as a press officer for the US Democratic Congressional Campaign Committee in 2012, and as a research for The Guardian in 2011. [1]