From Powerbase
(Redirected from Aish Hatorah)
Jump to: navigation, search 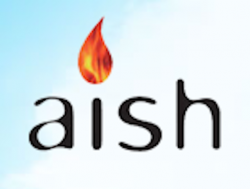 Aish HaTorah is a Zionist organisation, established in Israel but very active in the United States, that has links to pro-Israel lobby groups and Islamophobia promotion.

Aish was founded in Jerusalem by Rabbi Noah Weinberg in 1974. According to its website it 'is dedicated to revitalizing the Jewish people by providing opportunities for Jews of all backgrounds to discover their heritage in an atmosphere of open inquiry and mutual respect'[1]

According to Haaretz, 'Although Aish HaTorah is somewhat affiliated with the black hat, ultra-Orthodox community, it celebrates Israeli Independence Day and states in its official policy that the State of Israel is a "divine gift."'[2]

Writing in the Atlantic Monthly, Jeffrey Goldberg described Aish Hatorah as " just about the most fundamentalist movement in Judaism today":

Its operatives flourish in the radical belt of Jewish settlements just south of Nablus, in the northern West Bank, and their outposts across the world propagandize on behalf of a particularly sterile, sexist and revanchist brand of Judaism. [3]

Aish HaTorah's Irwin Katsof has led a number of delegates of US high-tech executives to Israel, Haaretz reported:

When asked how his organization managed to bring such high-level delegations to Israel, he tries to evade the question.

"It is our spiritual property," says Katsof, "I have no explanation. We offer people quality delegations and meetings with other experts and they are interested in what is going on here."[4]

Among the participants in one 2004 delegation was the head of the U.S. National Human Genome Institute, Dr Francis Collins:

Collins, himself, was surprised to hear about Aish Hatorah's activities. "Your politics are complex," he muttered in embarrassment. He came to Israel because, "this particular invitation was presented in a fashion that seemed pretty irresistible. It was clear this was going to be an interesting gathering of experts ... It was also made clear to me that this is something that my government wants me to do."[5]

In September 2008, the St Petersburg Times reported that Aish HaTorah had a number of ties with the Clarion Fund, the organisation responsible for distributing the anti-Islam Obsession DVD during that year's presidential election:

"It's news to me," Torossian said.

Two of the three Clarion Fund directors at the time of its incorporation in November 2006 appeared as Aish employees on Aish Web sites at the same time. The third appeared on the Aish executive committee. Torossian said the overlap meant nothing.[6]

Has received funds from the Paul E. Singer Foundation. [7]

Aish Hatorah Uk Limited is registered as a charity in England and Wales. It has 53 employees, and four trustees who are: Simon Fine, Anthony Moshal | Jeremy Newman and Rabbi N. Schiff (Chair). Aish UK specialises in 'Dynamic Informal Education' primarily aimed at reaching out to young Jewish adults in the UK. [8]