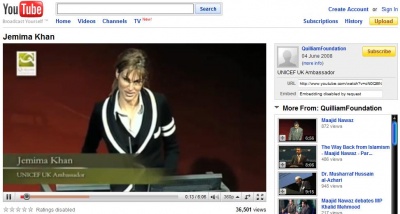 Still image of Youtube Video of Jemima Khan giving her speech at the Quilliam Foundation launch on 22 April 2008 in London. Retrieved on 23/02/10