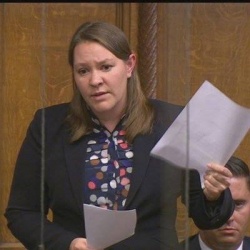 Anna Turley has been the Labour Party (Co-op) Member of Parliament for Redcar since May 2015. [1]

Following the retirement of Ian Swales, who had held the seat since 2010 [2], Josh Mason was selected as the Liberal Democrats candidate for 2015. Turley however defeated Mason in the 2015 general election with a majority of 10,388. [3]

Turley's constituency includes two oil and gas licence blocks, both awarded to Third Energy by the Oil and Gas Authority under the 14th licensing round in 2015. There are no plans or applications currently underway. [4]