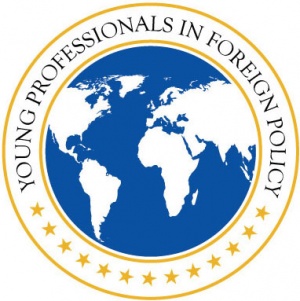 Young Professionals in Foreign Policy describes itself as 'a nonprofit, nonpartisan organization committed to fostering the next generation of America's foreign policy leadership. '[1]

Young Professionals in Foreign Policy began in November 2004. Formalized as a nonprofit in September 2007, YPFP has expanded to having over 3,000 members in branches in Washington, DC, London, New York, and Brussels[2].

YPFP boast of having a tradition of securing unprecedented access for its members to candid, substantive discussions with global foreign policy leaders. "YPFP believes that young professionals have the most to gain from the counsel and experience of the leaders they aspire to follow," said YPFP President Joshua Marcuse[3].

Michael Mullen delivered a talk on "The Future of U.S. Defense Planning: Adaptations to Meet Asymmetric and Transnational Threats"[4]in which he argued that he was concerned about Iran's support for terrorist groups and the 'Americans who have died at their hands' in Iraq. Mullen said of Iran's nuclear ambitions, 'I believe that Iran is on a path to developing nuclear weapons. And we can debate a timeline, but it's very clear to me that that's their path, that's what their leadership is about.[5]"