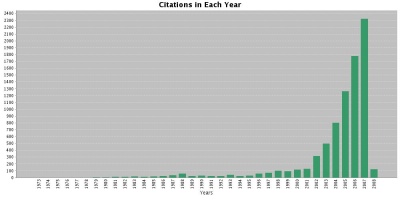 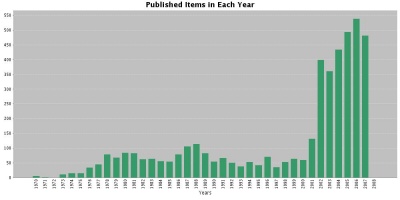 Below is a list of the top 132 terror scholars from the Social Science Citation Index between 1970 and 2007 based on a search for 'terrorism'. They are listed in order of number of articles authored and then alphabetically according to surname.[1] The search reveals a massive increase in academic writing on terrorism following the 11 september attacks in the US. The increase in citations of such work is even more marked with a marked increase in 2007 when the total number of articles in the Social Science Citation Index decreased slightly.