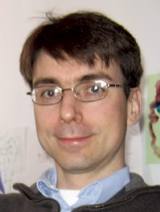 Stuart Derbyshire is an academic and is associated with the libertarian and anti-environmental LM network, having written for Living Marxism, written for Spiked, [1], adjudicated for Debating Matters, spoken on 14 Battle of Ideas panel appearances, spoken at a Manchester Salon, consulted for the Pro-Choice Forum and is a spokesperson for Academics For Academic Freedom. According to a former online CV Derbyshire was the 'Science correspondent' for LM magazine from July 1994 and then undertook the same role for its successor Spiked from 2000 onwards[2].

Derbyshire has been an Associate Professor at the National University of Singapore since July 2013, where he has a joint position at the Clinical Imaging Research Centre. He has also Judged for Debating Matters and written for Spiked since 2000 and has sat on the editorial board for the journal 'Contemporary Hypnosis' since February 2010. He has also been an Editorial Board member for Pain (since January 2009), Psychosomatic Medicine (since February 2008), Hospital Imaging & Radiology Europe (since August 2007), and psycCRITIQUES (since March 2007). In addition he has been the Associate Editor of the Pain and Imaging Section of the Journal of Cancer Pain (since January 2004), a study section member & ad-hoc reviewer for the National Institutes of Health (since 199), and a member of the International Association for the Study of Pain (since 1997). He has been a member of the Association for Psychosomatic Society since 2009 and has spoken at at least two events organised by the Manchester Salon. The first of these in 2009 involved a discussion on behavioural economics, whilst the second, in 2011, was entitled 'I feel your pain: human and animal suffering'. Around this time (2009-2010) he was consulted extensively for Beattie McGuiness Bungay, and also consulted for the University of Birmingham at Alabama (2008-2013). He was also a consultant for the Innovative Medicines Initiative joint undertaking between the European Union and the European Federation of Pharmaceutical Industries and Associations (EFPIA) from 2008-2009. Prior to this he contributed to the Science and Technology Committee report on abortion law, in October 2007, was a member of the RCOG Working Party on Fetal Awareness in June 2006, and Testified before the House of Commons Science and Technology Committee in January 2005[3]

Memberships, Consultancies and associations According to a (circa) 2009 version of his CV he was a founding member of the Pain and Genetics Special Interest Group for the American Pain Society in May 2004. In March 2004 he testified in opposition to House Bill 1315 before the Virginia State Senate, and consulted for Planned Parenthood Advocates of Virginia until August 2005. He also consulted for the New York Civil Liberties Association from February 2004 until August 2005, prior to which he began a role on the website editorial board for the American Pain Society, which continued from January 2003 until January 2007. Between 2002-2010 he was also a consultant for the LM Network linked Pro-Choice Forum. In March 1996 he also gave evidence to the Rawlinson Commission of Inquiry into Fetal Sentience. He worked for Living Marxism as their Science Editor from June 1994 until at least March 1999.

Derbyshire's main research interests have been in the areas of neuroimaging and pain. His main focus, according to his staff profile at the National University of Singapore, 'is to understand pain without touch and he has used hypnosis, visual illusions and priming to generate pain without touch in both normal volunteers and patients with chronic pain'[4]. His research funders have included the Medical research Council, the Economic and Social Research Council, and the Wellcome Trust. His profile on the website ORC experts (an online business-to-business expert knowledge sharing service[5]) states his:

research is mainly concerned with the nature of pain, especially pain that occurs in the absence of identifiable pathology. Consequently, his research abuts psychology, cognitive science, and philosophical ethics...Current research involves both theoretical and empirical research on the nature of pain and the possible causes of a rising incidence of pain or other somatic illness in the absence of identifiable pathology and in the context of improving health and longevity. He is also involved in work to understand implicit influences on health and consumer behaviour and has extensive experience with priming procedures and implicit measure of preference (such as the IAT). Last year, Expert consulted for Carling and Center Parcs on these issues. He has been a member of research faculty at the Universities of Pittsburgh and California, Los Angeles and is currently a Reader in Psychology at the Expert's University, UK, and also the director of pain research at the Birmingham University Imaging Centre. His work is funded by a grant from the Medical Research Council[6]

Derbyshire has been referenced in the media around 92 times on a variety of issues[7], with the main topic he is referenced on being issues surrounding fetal pain and abortion (around 40). The next most frequent topic he has been asked to comment on relates to the ability of people to 'physically feel images of pain' (14), followed by 'mobile phone use in hospitals' (11 (9 of which were written with fellow LM Network associate Adam Burgess)), 'back-pain' and 'alternative medicine' (6), 'University education in decline' (6), the idea of 'NUDGE parenting' (6), 'hypnosis and pain' (3), 'Animal research' (3 (1 written with fellow LM Network associate Mick Hume)), 'smart drugs' (2), HIV/AIDS (1), computer games (1), and risk management (1).

His main prominence in the media has clearly been in relation to foetal experiences of pain. He argues that it is only with experience that pain can be understood, and thus it is highly improbable that a foetus can feel pain. He also argues in favour of vivisection for the same reason, arguing animals are incapable of experiencing pain in a human sense, which incorporates an understanding of the self and an ability to comprehend hypothetical future scenarios as a result of pain, highlighting a psychological component to the experience of pain. Similarly his research regarding the demonstration that people can physically feel pain through watching videos or images of others experiencing pain seeks to highlight the subjective aspects of pain.

Whilst Derbyshire appears to have carried out academic research for most of the topics he has been referenced on in the media, he appears to have carried out no academic research other than a short piece conducted with Adam Burgess, also of the LM Network, entitled ‘use of mobile phones in hospitals’, in which they argue against restrictions placed on mobile phones in hospitals due to interference with hospital machinery, which they argue is unfounded. Interestingly, this report was often cited in the media under a byeline which suggested that doctors were calling for these bans to be removed. However, the only people referenced in these articles appeared to be both Derbyshire and Burgess, or one or the other. Whilst they are doctors in the academic sense, they are not doctors in the medical sense, making it unclear to whom the byelines refer.[8]

Derbyshire wrote 10 articles for Living Marxism/LM and 2 commentaries between 1994 and 1999, as their Science editor, writing about the possibilities of drugs which could enhance human potential, Aids (4), a book review, genetics' influence on personality and intelligence (3), whether a fetus can feel pain, and animal research (1).

Somewhere in between the two competing ideas - of drugs as a simple cure for illness on the one hand, and cosmetic pharmacology on the other - lies the real possibility of using drugs to improve the brain's basic mechanisms, such as laying down memories and holding attention...The possibility of drugs that can enhance achievement is considered problematic by the critics because they have a low opinion of most people's ability to control their own actions. In today's climate, it is fine to say drugs can change your personality, it is fine to propose tranquillising people to make them 'comfortable' with their uncomfortable circumstances. But a hint that drugs could enhance everybody's potential is frowned upon[9]

Writing for LM Derbyshire suggests that the fears surrounding the spread of HIV/AIDS were a moral crusade to prevent sexual promiscuity:

On genes and personal responsibility

He argues it will never be possible to attribute human action to genes alone:

Any attempt to link genetic difference in a causal way to behavioural difference is bound to fail. Human behaviour does not have the same biological element as human health. A key difference is that human behaviour, at root, contains the element of motivation. This motivation is both common to all humans, and yet different to each and every individual. Individual aspirations are shaped by historical context, and by personal experience. It follows that genetic variety, or even genetic defect, cannot in any way cause something that is of a non-biological character[11]

He also argues that research should be carried out into the possibility of manipulating genes towards improving intelligence through genetics:

So this is the scientific story so far: family studies indicate that genes play a role in variation in intelligence, but we do not as yet know which genes, or how many, are involved. Finding these genes will immediately raise the question of what society or individuals should do with the knowledge. My view is that, far from being afraid to find the truth in this area, society should be prepared to act upon it, even though economic, educational and other forms of inequality are the biggest barrier to most people realising their potential. For if genes do account for about 50 per cent of the variability in IQ scores, and if we believe that general cognitive ability is useful in life, then manipulating genes or their effects to increase IQ should be investigated[12]

On the unlikehood of a fetus feeling pain

He stresses the importance of the psychological components of pain in addition to any physical/biological reality when considering whether a fetus is able to feel pain:

After 26 weeks, the human fetus has the necessary biological apparatus for pain, shows a localised behavioural response to stimulation, and launches a hormonal stress response to needling. But is this sufficient evidence to conclude that the fetus can experience pain? Whether or not the fetus feels what we understand as pain hinges not on its biological development, but on its conscious development. Unless it can be reasonably demonstrated that the fetus has a conscious appreciation of pain after 26 weeks' gestation, then its responses to noxious stimulation are still essentially reflex responses, exactly as those prior to 26 weeks...the experience of pain is a consequence of developmental processes through which the fetus and new-born baby have yet to pass.[13] 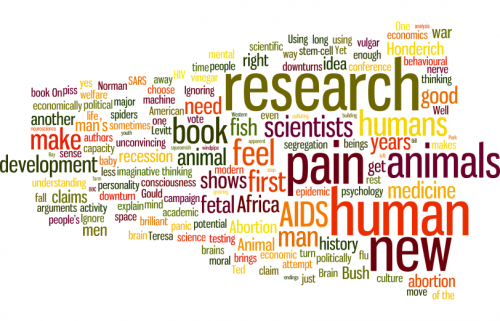 Derbyshire has written for Spiked since 2000 as their Science editor, contributing close to 70 article by 2014, many of which continued from topics he explored in Living Marxism, but with a greater focus on the concept of pain.

Derbyshire has written a number of articles for Spiked on the issue of HIV/AIDS, which was often covered by LM/Living Marxism. His argument remains in line with former coverage in LM/Living Marxism, that the danger of the HIV/AIDS virus has always been inflated, particularly with regards to heterosexual transmission. This may well be built on his ideological foundations that view the state as overly paternal and intent on moralising to its citizens. These views faciliate his argument that the state sought to elevate the risk posed by the virus, in this case, in order to control and alter people's sexual impulses and desires. Thus, in spite of the fact that globally almost 78 million have been infected since the beginning of the epidemic [14], with 50% of those dying of HIV/AIDS, Derbyshire feels content to argue under the byeline: 'we have pretty much tamed the AIDS virus. So why won't we celebrate?'[15]. This line of argument is also strange given the fact that HIV/AIDS remained ranked as the joint 6th highest leading cause of death in 2012[16]. Given such figures it seems strange to celebrate, particularly given an apparent disdain for Western racism towards Africa in many of Derbyshire's articles, and the reality that the HIV/AIDS pandemic affects Africa more than anywhere else.

Other Links with the Network

Other Presentations, Invited Lectureships and Seminars