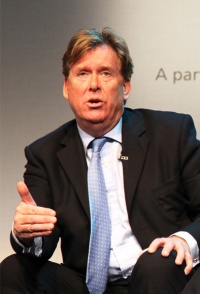 Burns was appointed as a Minister of State at the Department of Health in 2010.[3]

According to the Health Service Journal: "His brief is wide but his responsibility for “legislation” is the most significant, as he will be the key link between Tory MPs worried about health reforms and Mr Lansley. His main job for 2011 will be to work the Commons tea rooms and keep the troops in line.[4]