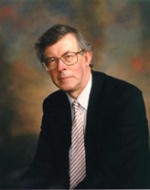 Professor Paul Wilkinson (born 9 May 1937) is chairman of the Centre for the Study of Terrorism and Political Violence at St Andrews University. He is one of the foremost academic terrorologists in the UK and an active propagandist for Western state interests.

He 'began his career as an education officer with the RAF'

The importance of the centre - the only one of its kind in the UK - can be gauged by its visitors, who have included Carl Bildt, the UN special envoy for the Balkans and now a member of the centre's governing board, and US Senator George Mitchell. Wilkinson's views on terrorism are constantly sought by news reporters.

Based in a couple of tiny rooms in the attic of the university, the centre trawls around for independent information on every incident and development that could be linked to terrorism, however seemingly inconsequential. These can range from headline-grabbing international outrages to tariffs imposed on South American tuna fleets - terrorism is often related to economic activity.

"We believe we can't analyse the trends without getting a wide range of background information," says Wilkinson. "What we eventually come up with are very polished final analyses, which we think are of great interest to industry." Companies sending staff out to hotspots can pay the centre for detailed information on such topics as al-Qaeda, Cyprus or illicit weapons transfers in South Asia.

Interest in the centre has inevitably heightened since September 11. "Industry now is more interested in independent research; people want objective, genuinely well-informed research based on open sources as opposed to government information ," says Wilkinson. "We don't have access to classified sources but it's amazing what we can get from open sources. Indeed, we find very often that we get a better idea of what's going on and what's going to happen than people who rely entirely on government reports." Satisfied customers include politicians from Denmark, Sweden, Germany, France, Russia, India and Japan.[2]