Difference between revisions of "Michael Lynch" 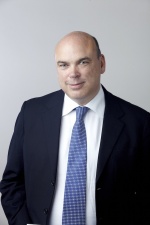 Michael Lynch is a British billionaire in the technology industry and founder of Lynett Systems. He was also founder and CEO of technology company Autonomy until he sold it to Hewlett-Packard in 2012. [1]

He is also registered by The Electoral Commission as having donated to Britain Stronger in Europe, the pro-EU campaign in the UK's EU referendum of June 2016, and has previously made donations to the Conservative Party.