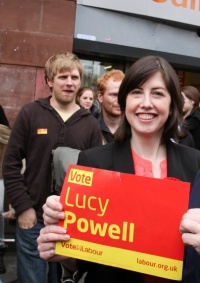 She is also the shadow minister for the Cabinet Office and vice chair of Labour's general election campaign. [4] As of September 2015, Powell now serves as the Shadow minister for Education following Jeremy Corbyn's extensive reshuffle.