Difference between revisions of "Kevin Bell" 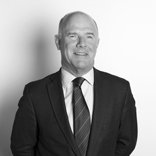 Kevin Bell is a seasoned lobbyist who has advised the UK Conservative Party, and is global practice chair for public affairs at Burson-Marsteller.

Bell joined KH Publicity one month after Thatcher entered Downing Street in 1979. He then set up Michael Forsyth Associates with the then prospective candidate for Stirling, and who is now the Government's employment minister. The PR company pursued a defiantly Thatcherite philosophy and its client list read like a Who's Who of companies following an evangelical crusade to privatise the public sector. But, when Forsyth went to Westminster in 1983, Bell also moved and had his first brief spell with Grayling before leaving to launch a freelance career working for the right-wing pro-smoking libertarian pressure group FOREST.[1]

Kevin Bell exudes charm, polish and ardour - in an agreeable, English way. These are qualities that will be required in abundance if the seasoned lobbyist is to fire up American PR colossus Fleishman-Hillard's (F-H) rather lacklustre UK operation. It is a company from over there that has been doing not so well over here. Previous UK managing director Scott Clark, the placid young guy from Colorado who originally sold his healthcare agency CPR to the firm, has gone back home. And so after four years as managing director at F-H's public affairs arm GPC International, Bell, 46, has stepped into the wider role, overseeing a pounds 9m business. Bell passes 25 years in the public affairs industry in May. 'I'm a PR man who just happens to have been working in public affairs for most of my career,' he says, no doubt conscious of the broader challenges now under his remit. He began his career working at the eponymous agency of Tory MP Michael Forsyth. A stint at Profile Political Relations led to him co-founding Westminster Strategy alongside renowned lobbyists Rosemary Grogan and Michael Burrell, and taking a subsequent wider role at parent Grayling. He was later asked by namesake Tim Bell to set up Lowe Bell Political (which would become Bell Pottinger Public Affairs), and joined GPC (now Fleishman-Hillard) in 2000.[2] After leaving FH in 2011 and a period of 'gardening leave', Bell was appointed executive chairman of Maitland Political between March 2012 and January 2014[3]. He is currently global practice chair for public affairs at Burson-Marsteller.[4]

Unpaid lobbying and PR for the Tories

Kevin Bell hosted the launch of Conservatives in Communications, a group formed in July 2011 by Tory public relations executives and lobbyists with the aim of providing unofficial communications advice to the Conservative Party.[5]