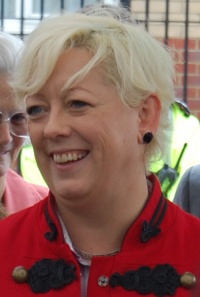 Jackie Doyle-Price is the Conservative MP for Thurrock. In May 2010 she gained a majority of 92 votes resulting in a Conservative gain from Labour with a 6.6% swing in the election results. [1]

In the 2015 general election, Price only marginally retained her seat gaining 34% of the vote and a majority of just 536 over her closest rival Labour Party candidate Polly Billington.

She was also a senior advisor to the Lord Mayor of London for five years. [1] [2]