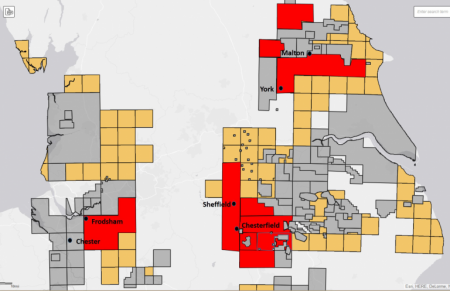 In September 2016 it was reported that Ineos was planning as many as 30 applications for fracking sites in the UK within the next year. 'Ineos estimates that it will be at least five years before any of its UK wells are actually producing shale gas'.

'As well as shale gas, the so-called 'dragon' fleet of ships docking in Scotland will also bring with them a renewed campaign by Ineos for fracking to be given the go ahead. The Scottish Government must legislate for an outright ban on fracking because its vague 'moratorium' policy is clearly giving hope to fossil fuel giants intent on digging up Scotland.' [13]

On the Scottish Government's decision to impose a report and moratorium, Ratcliffe said: 'We have no objection to people evaluating safety and environmental issues, I think that’s all very fair and proper. But it probably would have been quite sensible to let us at least do the exploration phase in Scotland.' [14]

'Nobody knows because the geology of the UK is very different from the US so it needs to be tested. Is that a waste of money? It might be. The question then is whose money is it? Is it public money? No. [...] [W]e shouldn’t give public money to it but we should be prepared to allow them [the companies] to proceed [investments] if they have their own money. [15]

INEOS says that Sinopec Ningbo Engineering Company has broken a long established technology agreement which, together with trade secret misuse by other Sinopec companies, has enabled development of a series of new world scale Acrylonitrile plants without INEOS agreement or consent. INEOS, which has otherwise excellent relationships with Sinopec and with China, has no choice other than to protect its intellectual property. INEOS fears that these breaches of rights will cause major harm to its Acrylonitrile business which generates up to $500m per annum of profit and has a replacement value of $3 billion. It supports around 5,000 direct and indirect jobs in the USA and Europe. [16]