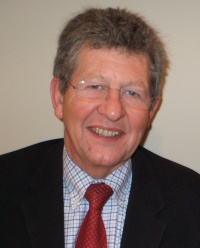 Don Foster was the Liberal Democrats member of Parliament (MP) for Bath from 1992 to 2015.

In January 2014 Foster announced he would be standing down as an MP at the 2015 general election.[1] He was replaced by Steve Bradley who lost the seat to the Conservative Party's Ben Howlett by 3,833 votes.[2]