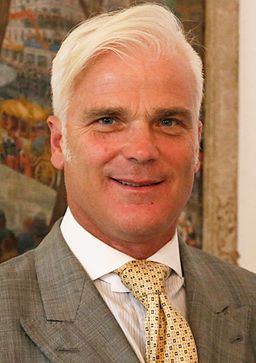 Desmond Swayne has been the Conservative Party MP for New Forest West since 1997. In the 2015 general election Swayne retained his seat once again, gaining a majority of 20,604. [1]

He was appointed a government whip in 2012 for the Conservative Party, [2] and was promoted to vice chamberlain of HM Household (senior whip) in October 2013.[3] In July 2014, he was made a minister of state at the Department for International Development.[4]

Swayne was educated at Drumley House Preparatory School at Mossblown in South Ayrshire and Bedford School. He studied Theology at St Marys College at the University of St Andrews. [5]