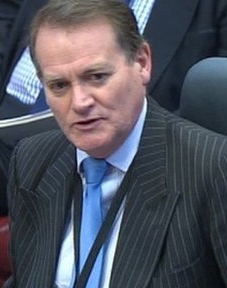 David Maclean, (Baron Blencathra, born 16 May 1953, Scotland) is a Conservative Party life peer. He was the Member of Parliament (MP) for Penrith and The Border from 1983 to 2010.

He was appointed a life peer in the House of Lords in February 2011, where he sits as a Conservative.

Promoting the Caymans and its links to the City of London

In a Cayman press interview in December 2011 Maclean said his role was to help fight those who misunderstand the important and positive part the Cayman Islands play on the global financial stage.

[Maclean] was confident that while David Cameron is prime minister, European countries such as France and Germany that “would dearly like to damage the City of London and its friends in Cayman” won’t get the chance. Cameron’s recent veto of potentially harmful proposals to the City will also benefit the Cayman Islands and its financial services industry, McLean[sic] noted by way of illustration.

“It is clear that many of the major players in the EU bitterly resent the success of the City of London and will do anything they can to curb this success. As Cayman plays a vital role in partnership with the City, I must ensure that our role is understood and that our involvement is key to the City’s well-being,” he said.

Cayman's London Office is working closely with organisations supportive of the Cayman Islands as an IFC, especially Cayman Finance because they have influence and high level contacts with banks, lawyers, accountants and hedge funds, he noted. [1]

However Labour MP Maria Eagle queried 'how a serving Conservative peer could have been appointed as the representative for the Cayman Islands to oppose further regulation of what she called offshore tax havens when there was an urgent need for tough regulations of such jurisdictions. She also noted that in opposition the UK Prime Minister had raised concerns about the “potential scandal” relating to lobbyists.

Investigation into Maclean's lobbying on behalf of the Cayman Islands government

In April 2012 an investigation by The Independent and The Bureau of Investigative Journalism shed further light on Maclean's lobbying activities, carried out on behalf of the Cayman Islands government. The Independent reported:

In the past few months, Lord Blencathra has:

When asked whether his activities were acceptable under the House of Lords code of conduct Maclean responded 'You have confused lobbying Parliament, which I do not do, with lobbying the Government, which I do.' Maclean continued 'I have been meticulous in ensuring that I have no conflict of interest between that role and my duties in the Lords. You cannot point to one single incident, speech, vote or question where I have sought to advance the Cayman Islands in the Lords.'[3]

Labour Shadow Cabinet Minister Jon Trickett said: 'It can’t be right that a member of the legislature, which is responsible for setting tax policy, can be employed by a well-known tax haven.'[3]

As an MP, Maclean was reported as having spent more than £20,000 improving his farmhouse under the Additional Costs Allowance (ACA) scheme before selling it for £750,000. He claimed the money by designating the property as his “second home” with the Commons authorities, yet Maclean did not pay capital gains tax on the sale because the taxman accepted it was his main home.[4]

MacLean was one of 98 MPs who voted to keep their expense details secret.[5]

On 26 June 2009, Maclean told his constituency Conservative Association that he would not stand at the United Kingdom general election, 2010 because of worsening multiple sclerosis.[6]