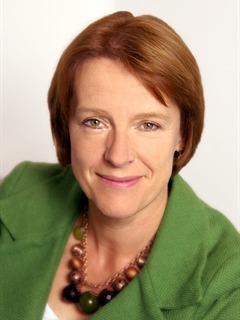 Caroline Spelman has been the Conservative Party MP for Meriden since 1997. In the 2015 general election Spelman retained her seat with a majority of 18,795. [1]

She was appointed Secretary of State for Environment, Food and Rural Affairs in May 2010.[2] She left the Government in September 2012.[3]

On the 21 May 2015, shortly after the general election, Mrs Spelman was appointed as the Second Church Estates Commissioner. Secretary Chairman to the Church Commissioners Andrew Brown said of the appointment:

"We are delighted with the appointment of Caroline as the Second Church Estates Commissioner and look forward to working with her. Caroline has a strong commitment to the church and its mission to local communities."[4]

Caroline Spelman is the co-founder and former director of Spelman Cormack and Associates, a food and biotech lobbying firm. As at May 2010 the firm remained in the hands of her husband, though it has since reportedly been wound up (see below). Spelman set up the firm with her husband, Mark Spelman, in 1989.

The Sunlight Centre said it had forwarded a letter about a possible conflict of interest in Spelman's appointment to the permanent secretary at the Department for Environment, Food and Rural Affairs – the department Spelman now heads.

"Her husband, Mark Spelman, remains a director of the company still trading under the secretary of state's name in sectors closely related to issues for which she is responsible," the letter said. "Given that the company is still using her maiden name to trade, a name by which she would have been known when active in farming politics in the 1980s, this is clearly of public interest."

According to Companies House, the company address was also transferred from Spelman's constituency home, where it was registered until May last year – around the same time she also transferred over company shares to her husband and resigned her directorship.[5]

She worked for six years in the sugar beet industry and was sugar beet commodity secretary for the National Farmers Union (NFU) in the 1980s. She was research fellow for the Centre for European Agricultural Studies at the University of Kent and has written a book on biofuels. She co-owns Spelman Cormack & Associates, a food and biotechnology business, with her husband.[6]

A letter of November 2010 from Parliamentary Undersecretary Lord Henley to a concerned MP said:

Spelman Cormack and Associates has been wound up, having been largely dormant since 1997. For over a decade the company had no client revenue, or clients, and its income was occasional royalties following the publication of a book written in 1994 on non-food uses of agricultural raw material. The company did not represent GM clients.

On her appointment as Secretary of State Caroline Spelman made the Defra Permanent Secretary aware of the company. The Permanent Secretary is happy there is no conflict of interest in the present circumstances and that the requirements of the ministerial code are being met.[7]