Difference between revisions of "Ben Pile" 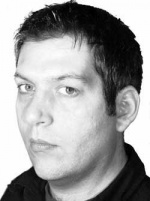 Ben Pile is a editor and co-founder of the 'sceptic' Climate Resistance blog.[1] Amongst its 16 'starting position' statements are: 'The evidence for anthropogenic climate change is neither as strong nor as demanding of action as is widely claimed'.[2]

Pile has a range of connections with the LM Network via speaking at the Institute of Ideas[3], providing articles for Culture Wars[4], Battle of Ideas[5] and Spiked[6], and acting as a judge for Debating Matters.[7] In December 2011, he was central to setting up the LM linked Oxford Salon. This is clear from his entries in the salon's Facebook group, such as "Just setting the site and social networking up. Please invite anybody you think may be interested."[8], his profile in the Independent, which says "Ben Pile is the convenor of the forthcoming Oxford Salon, which launches in January."[9] and his byline in Spiked, which says the same thing.[10]

In November 2012 it was reported that Ben Pile was contracted as a 'climate and environment researcher' for UKIP's Godfrey Bloom MEP. Pile began research work for UKIP in 2009 and since the summer of 2011 was paid approximately £2,000 per month for this work.[12]

According to an email from Pile cited in the Guardian his financial relationship with UKIP was as follows:

Due to conflicting statements as cited by Hickman, it is unclear whether Pile's research is paid for by Bloom or the Europe of Freedom and Democracy group of the European Parliament.[12]

In May 2012 Pile appeared on behalf of UKIP's Godfrey Bloom MEP and Paul Nuttall MEP at a public inquiry by North Devon Council regarding the development of a wind farm at Batsworthy Cross. Documents submitted by UKIP to the inquiry state that Pile has a BA in Politics and Philosophy from the University of York.[13] Pile also spoke at the 2011 UKIP Party Conference on behalf of the 'Fight the Turbines Campaign'[14] and he is also the director and producer of the anti-windfarm film 'Lost Horizons' which was produced for the Europe of Freedom and Democracy group.[15]

During his time at York University Ben Pile was a member of the New Generation Society York. The NGS is 'a non-partisan group of young people and students dedicated to developing new thinking on the challenges and opportunities for our generation.'[17] Pile contributed to the NGS Journal with an article entitled 'Environmental Catastrophism'. Other contributors to the journal include David Miliband, Godfrey Bloom, Jo Swinson and Brendan O'Neill.[18]