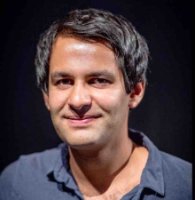 Ameet Gill served as director of strategy to the former Prime Minister David Cameron until summer 2016.[1]

Gill was a long serving adviser to Cameron, having started working for him in 2006. Prior to joining Cameron's team, he worked as a researcher for the historian Niall Ferguson, assisting him with some of his documentaries. [2]

In 2015, after the general election, Gill was promoted from head of strategic communications to Steve Hilton's former role as director of strategy.[3]

Ameet Gill was reportedly the main writer of the speech in which Cameron described the fight against terrorism as the 'struggle of our generation'. According to the reports, most of Cameron's speech was an expression of Gill's thoughts.

'Extremists do not represent Islam. But, because the Islamists self-identify as Muslims, we need to challenge them. And that needs help from Muslim communities, and from Muslim scholars who can say they are wrong. [...] It is right to say these people have nothing to do with the true nature of Islam. But that, on its own, is not enough. We need to go further'. [4]

He resigned from his post in the summer of 2016.

In October 2016 he came under fire for launching a lobbying firm and accepting clients without getting clearance from ACOBA, a government watchdog responsible for monitoring the business appointments of former civil servants. The consulting agency he launched is called Hanbury Strategy and has a focus on Brexit. The firm was launched with the Vote Leave PR lead, Paul Stephenson. [5]

The committee expressed its concern about his behaviour in a damning letter to civil service chief John Manzoni.

I would like to register the Committee’s concern that Mr Gill’s consultancy and the fact that it had already secured clients was announced before the Committee had had the opportunity to offer its advice. [...] To fulfill the remit given to it by government the committee needs to be able to consider an application fully and freely before offering its advice. It is impossible to do this in a way that will command public confidence if an appointment has already been announced and taken up.'

ACOBA noted that Gill would have to gain approval for every new client the company wins over the next two years. [6] [7]