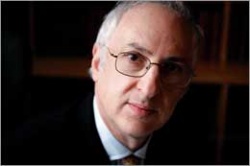 Alexander Charles Carlile was born on 12 February 1948. A Liberal Democrat politician and High Court judge, he became Baron Carlile of Berriew in 1999. In 2001 he was appointed the government's independent reviewer of terrorism legislation.[1]

Carlile has links to the Centre for the Study of Terrorism and Political Violence - a research centre with close links with corporate security and arms companies - and its main figure, the terrorologist Paul Wilkinson. Wilkinson pushed for repressive anti-terror legislation for years, and was involved in the legislative process which led to the Terrorism Act 2000. [2]

In November 2005 Lord Carlile told the House of Lords he considered Paul Wilkinson 'the greatest non-lawyer expert in this country… on terrorist organisations around the world'. He also commented that he had 'sat in Professor Paul Wilkinson's interesting attic office in the University of St Andrew's Centre for the Study of Terrorism'. [3]

In February 2010 Carlile endorsed the use of control orders for terror suspects, a practice condemned by human rights groups. [5] This led the chair of the joint committee on human rights Andrew Dismore to question whether Carlile had lost credibility, saying: 'I think there is a risk of the perceptions of [Carlile's] independence being undermined'. Another member of the committee asked whether an official in such a post would 'go native' over time. [6]

Role as a counter-terror tsar?

In June 2011 the counter-extremism think tank Quilliam Foundation argued that the government's revised Prevent counter-terrorism strategy required an "overseer in Downing Street" and that Carlile, "given his experience and background, appears to be the best man for the job". [7] Former MP Paul Goodman and editor of ConservativeHome simultaneously made the same recommendation. [8]

SC Strategy Limited is owned solely by Carlile and Sir John Scarlett, the former chief of MI6. It has no listed phone number or website, and Companies House lists its address at a City accountancy firm.[9]

Since forming the firm, which claims to offer 'strategic advice on UK policy and regulation',[9] the two have earned £400,000 each from its lucrative work.[9]

In an investigation by the Wall Street Journal on members of the House of Lords' interests, Carlile said SC Strategy 'are not involved in lobbying at all, nor do we provide services in government relations,' 'we give strategic advice to entities and individuals on UK regulatory issues, on the structure and working of government, and how best to place themselves in the UK'.

Clients include the Qatar Investment Authority and on this he says, 'we give advice to a sovereign wealth fund, which of course includes its subsidiaries according to need'.[10]

In November 2015 the Guardian questioned Carlile's impartiality because of his regular defence of the intelligence services since forming SC Strategy with Sir John Scarlett.

Carlile had recently called for an 'end to the demonisation of the security services', stating he 'cannot think of any example in which I have seen a politician make a decision that was against the interest of the privacy of the public'.[9] He also intervened in the debate over the extent of the security and intelligence services' powers just days ahead of the government’s publication of the controversial draft investigatory powers bill.

Carlile however has outright rejected the suggestion that his support for the intelligence services may be influenced by his association with the former head of MI6. The Liberal Democrats supporters website, LibDemVoice published his response:

'My relations with former intelligence chiefs have at times involved criticism…Our business relationship developed for reasons totally unconnected with Sir John (Scarlett) having been chief of MI6.'[11]

The firm has also had private meetings with cabinet secretary Sir Jeremy Heywood, a pivotal player in David Cameron's No. 10 team, treating him to breakfast on two separate occasions according to the government's hospitality register. [12]

Carlile however insists that he has 'certainly not'[9] held meetings with Heywood since forming SC Strategy.