Difference between revisions of "APCO Worldwide" 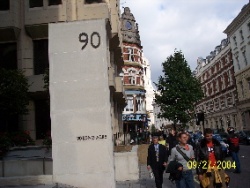 The lobbying company APCO Worldwide was born out of the Washington-based tobacco industry law firm Arnold and Porter, from which it derives it name. APCO Worldwide was founded in 1984 as APCO Associates Inc. by Margery Kraus, who was its first president and CEO. APCO Worldwide has offices in 24 locations in North America, Europe, Asia and Africa. In September 2004 Kraus led a management buy-out of her firm from Grey Global Group, making APCO one of the largest privately owned communication and public affairs firms in the world.[1]

A letter and proposal to Vic Han, Philip Morris's director of communications, from APCO's Margery Kraus shows that APCO was instrumental in setting up TASSC, The Advancement of Sound Science Coalition, the Philip Morris front group dedicated to countering scientific findings of the ill health effects of second-hand smoking.[2]

I am pleased to present you with an outline of APCO Associates Inc.'s (APCO) proposed activities on behalf of Philip Morris, USA for 1994. This proposal outlines (i) our work with The Advancement of Sound Science Coalition (TASSC) ; (ii) the development of a media relations strategy and (iii) APCO's role in assisting Philip Morris and its Regional Directors in targeted states.

APCO is very excited about the development and progress of TASSC. The national coalition currently has over 300 members, with representation from business and industry, the scientific and academic communities, and public officials. We are looking forward to the successful launching of TASSC this fall. We believe the groundwork we conduct to complete the launch will enable TASSC to expand and assist Philip Morris in its efforts with issues in targeted states in 1994 .

As a follow-up to the launching of TASSC, APCO will implement a comprehensive media relations effort which would include the development of a TASSC Public Information Bureau. The primary objective of the TASSC Public Information Bureau is to (i) maximize coverage of the coalition; (ii) disseminate key messages of the coalition; and (iii) maximize the use of TASSC and its members into Philip Morris's issues in targeted states....

ASSISTANCE TO REGIONAL DIRECTORS IN TARGETED STATES: APCO will assist the Regional Directors in states targeted by Philip Morris. This includes utilizing TASSC as a tool in targeted legislative battles, developing and/or working with other coalitions and grassroots groups, and implementing approved campaign tactics and efforts. 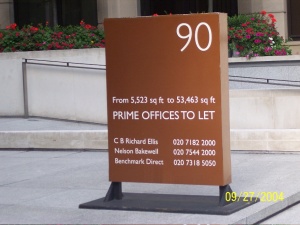 In London APCO is based in an expensive tower block in Covent Garden at 90 Long Acre London WC2E 9RA (In November 2004 the building also housed the offices of Weber Europe (now known as GolinHarris), part of Weber Shandwick, owned by Interpublic). [3]

Location of these offices away from Westminster is said to be a competitive disadvantage.

APCO UK has close links with the Government and political parties:

is a former adviser to the Blair government, a position he held from May 1997 to September 2005. As special adviser for political communication in the prime minister's office he provided Tony Blair with strategic and political advice on all media issues, was responsible for media planning and scheduling, message development and contributing to the content of Tony Blair's speeches, articles and interviews. Most recently, he was head of government relations and external affairs for AstraZeneca UK.[5] [6] 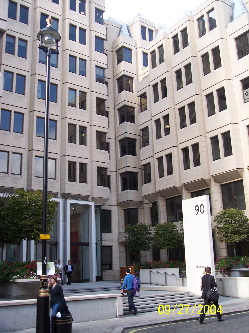 In 2005, he was sentenced to nine years in jail for fraud and tax evasion. Khodorkovsky's business associate and co-defendant, Platon Lebedev, was found guilty of the same charges and given the same sentence.[14] Other major shareholders have fled Russia to evade arrest.

Yukos's international advisory board was set up in April to assist senior company officials. Stuart Eizenstat, ex-US Deputy Treasury Secretary, who is also a former ambassador to the European Union (EU), said Yukos's Washington-based lobbying firm, Apco, had hired lawyers in the wake of the Kremlin's campaign against the company. [15]

He said: "We do not want to get into the details of the allegations, which have not been made public but there are lots of actions which are being considered. These include the European human rights courts and the United Nations. We are not at that stage yet. APCO has retained a team of lawyers who are looking at the human rights issues. We are also looking at this as an economic and political issue." [16]

2) Daily Mail
The Daily Mail's frenzied campaign for a referendum on the proposed EU constitution may convince readers that the main issue is jobs, homes and pensions but there is a more pressing agenda behind the patriotic call to arms. One early casualty of a new constitution would be Lord Rothermere, the Mail's controlling shareholder. He would almost certainly be kicked out of power.

So worried is the tycoon that he is conducting a personal campaign against the proposed legislation, lobbying officials in Downing Street and travelling to Brussels to press his case in person. Last week, in what was hyped as its own referendum, Daily Mail readers were urged to join his calls for a vote on new EU suggestions.

Rothermere's troubles centre on EU proposals on mergers and acquisitions, which had been expected to be agreed by July 1. Under articles 9 and 11, individuals would be prevented from owning "multiple voting rights": in effect, controlling shares such as those in DMGT, whereby Rothermere controls 80 per cent of the voting shares even though he and his family own just 19 per cent of the equity.

Sources say that, given DMGT's current market value of GBP 2.42 billion, less than half that of three years ago, it could fall prey to a foreign takeover. An EU executive source said: "If the new EU proposals came in, Rothermere would be gone. At that value, DMGT would be swallowed up." It is understood that, late last year, Rothermere personally visited EU Internal Market Commissioner Frits Bolkestein to try to persuade him to drop the new directive. Sources suggest the meeting may have been organised by media lobby group APCO, which may have also been used to lobby several MEPs on Rothermere's behalf.

Rothermere may have had some success so far, with the EU unlikely to agree any changes before Greece hands over its presidency of the EU on July 1, but the deadlock is largely down to the lobbying of more powerful tycoons such as Sweden's Wallenberg family, which controls several public companies despite having a minimal capital outlay.

"Rothermere came banging his drum because he is worried that, if it went through, he couldn't keep 80 per cent control of DMGT. He'd have to give ordinary shareholders the same voting rights and that would be the beginning of the end for him. He put a good case but the reason for the deadlock is because of lobbying from the likes of the Wallenberg family. These are serious players."

An EU spokesman added: "All I can say is that, after 15 years of negotiations, we are probably back to square one on this." Rothermere, meanwhile, is taking no chances and, through his Mail newspapers, has stepped up his personal campaign for a referendum on the new EU constitution.

APCO underlines the importance of online campaigning to clients. According to its website (in 2006) under the headline 'Focusing creative minds on grassroots mobilisation':
"APCO supports the premise that 'all politics is local'. Persuading members of the public to engage with their elected representatives is integral to any issue-based campaign. We inform and motivate people about the issue and create opportunities that allow them to make their views heard. Recent grassroots campaigns have successfully mobilised employees, customers, pensioners, residents groups and suppliers." [17]

APCO offers services to clients to mobilse support. Again, according to its website:
"We design websites that recruit volunteers and supporters and keep them informed about a campaign's progress. Supporters are also able to contact relevant decision-making bodies directly from the sites. This empowers them to become actively - and effectively - engaged in a campaign."[18]

Last year [2004] was a momentous one for APCO, which finally was able to extricate itself from its relationship with Grey Advertising and emerge as an independent public affairs and strategic communications firm. If the prolonged negotiations that culminated in a management buyout (supported by merchant bank Wind River) in 2004 were a distraction, it wasn't apparent from the firm's performance in 2004. New business included assignments from Ahold (corporate reputation management in the wake of an accounting scandal); the Canadian Embassy (online communication); Corporation for National and Community Service (online communication); Elsevier (corporate positioning); the Government of Indonesia (media and government relations); and the U.S. Department of Agriculture (food safety campaign).

The firm also expanded its relationship with the Business Roundtable, an association of CEOs of the largest companies in America, to include public affairs and communications work with the organization's trade, health & retirement, environment and security task forces. Revenue growth was an incredible 24 percent – best among the top-tier agencies profiled here.

APCO has always enjoyed a unique ability to attract some of the biggest names in government -- some as affiliated consultants, many as full-time employees -- and 2004 saw the addition of two very big names: former Senate Majority Leader, Senator Bob Dole, who will serve as a senior counselor; and former U.S. Secretary of State Henry Kissinger, whose firm entered into a unique strategic alliance with APCO shortly after the MBO. Other additions include Roger Lowe, formerly senior vice president and director of the Washington, D.C., public affairs practice of Porter Novelli; Mike Tuffin, a veteran of America's Health Insurance Plans and PhRMA; Patty Kennedy, a Burson Marsteller veteran who joined the fledgling New York office; and Simon Miller, managing director of APCO U.K. They join a veteran leadership team that includes Margery Kraus and Neal Cohen; executive vice presidents Don Bonker and Jane Garvey; and senior vice presidents such as B. Jay Cooper, Marc Ginsberg, Kent Jarrell, and Don Riegle.

APCO is involved in some of the biggest issues facing the world today, from the rule of law in Russia to the global battle against HIV/AIDS, from antitrust issues for Microsoft to the liberalization of the financial services industry. Highlights of the firm's work include working with Toyota and its law firm Weil Gotshal & Manges after criticism of the company's bulletproof vests; helping Pfizer promote its Share Card and U Share Drug Discount Card programs; continuing its reputation management work with World Wrestling Entertainment, promoting its youth voter initiative, Smackdown Your Vote!; and assisting the Canadian Embassy with its efforts to raise awareness of the country's contributions to the American economy.