From Powerbase
Revision as of 12:32, 6 July 2017 by Matthew Pringle (talk | contribs) (→‎1990)
(diff) ← Older revision | Latest revision (diff) | Newer revision → (diff)
Jump to: navigation, search
James Woudhuysen is an academic associated with the libertarian anti-environmental LM network. As James Wood he wrote for the 'theoretical journal' of the Revolutionary Communist Group in 1975[1] (before the faction led by Frank Furedi was expelled from the RCG in late 1976), was on the editorial board of Revolutionary Communist Papers in 1980 and 1981 and was active in the Revolutionary Communist Tendency (1977-1981) and later the Revolutionary Communist Party (1981-1996). He was appointed, under his own name, as a third director of Junius Publications the RCP publishing house in September of 1984 and gave his occupation as 'Lecturer' and an address in London N1. He declared also a further directorship of a firm called Wordsearch Limited.[2] He resigned from that post in 1990. 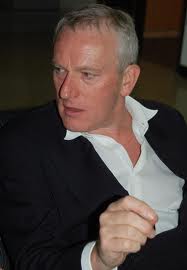